Maybe you’ve never heard of St. Patrick’s Day before? Now’s your opportunity to experience this fun filled festival for yourself if you are studying at an LSI school in the US or UK.

From Boston to San Francisco, New York to London, streets and squares will be decked out with everything Irish from the familiar orange, white and green flag, to lucky shamrocks and crazy leprechauns hats. Expect to see parades with colourful floats accompanied by bands playing the haunting sounds of traditional Irish music and groups of mesmerising fleet footed, Irish step dancers. To fit in with the crowd, wear something green or, to go the whole hog, dress from head to foot in green. Iconic landmarks such as the Empire State Building and the London Eye light up in green for the occasion. And don’t forget to try the traditional Irish beer, Guinness. Be warned though, even the beer will be turned a shade of Gaelic green for this special fun filled day.

Whilst St. Patrick’s Day celebrates Irish culture, its roots began with Irish immigrants and soldiers who settled in the USA. The day was first marked in cities such as Boston (1737) and New York (1762) by homesick Irish settlers and soldiers who were keen to celebrate their common heritage. By the 19th century the tradition had spread to other American cities with large Irish populations. These days, all Americans, no matter their cultural background, embrace these annual celebrations.  It’s the perfect excuse for going a little crazy and having fun.

So what would St. Patrick, Ireland’s patron saint, make of it all? Probably not much. Ironically this 5th century saint was actually British rather than Irish. He was also far more focused on bringing Christianity to the wild, unruly Irish pagans than partying. A far cry from the celebrations held in his name!

Find out more about celebrations near you. Check out the timeout guides for: London, New York, Boston, San Francisco and San Diego. 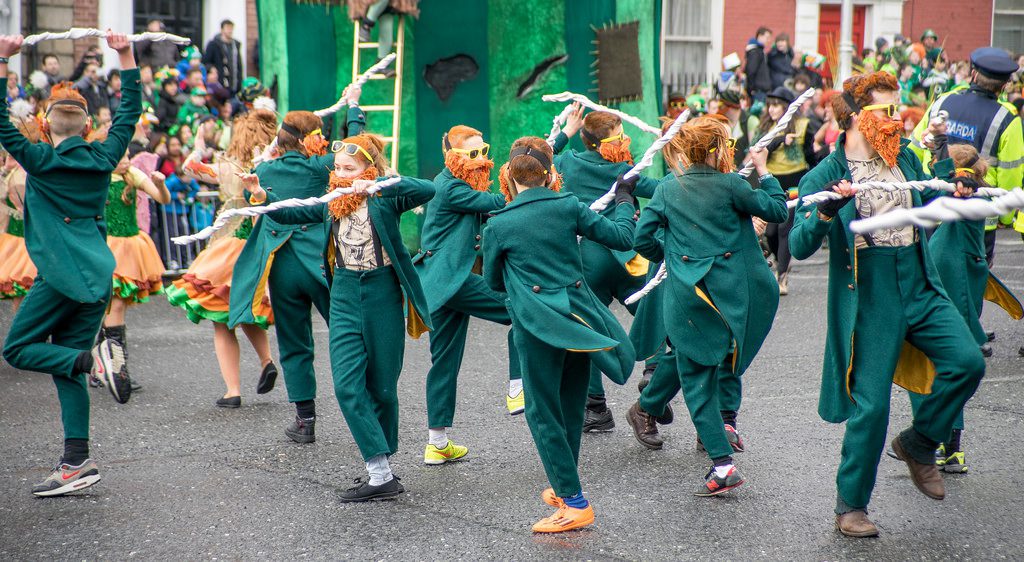