Adding to San Diego’s already existing attractions, it now appears that major soccer league is coming. NASL (the North American Soccer League) have just announced the setting up of a new club in the city ready for the 2018 season. Initially the team will play at the University of San Diego. However plans are afoot to build a purpose built stadium complex. The city will be home to NASL’s 10th club, following  the recent addition of  the San Francisco Deltas. Find out more about the new club.

LSI San Diego plans to add trips to the soccer matches to our 2018 leisure programme for our students. Alongside our famous beaches the soccer will be yet another fun thing to do during a stay with LSI. 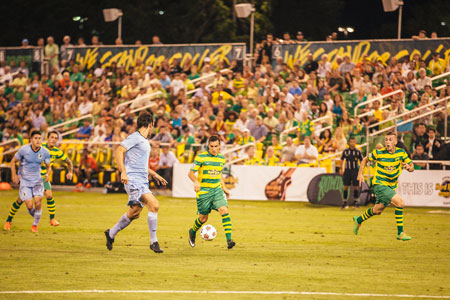